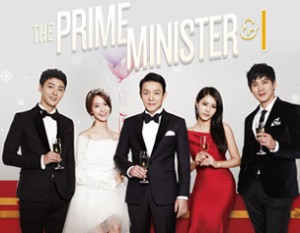 I just finished watching this drama and really loved it.

Synopsis:   At 42 years old, Kwon Yul (Lee Beom-soo) is South Korea’s youngest prime minister ever. On top of his reputation of being an honest man of the utmost integrity, he’s also a widower who raises his three children alone. But what the public doesn’t know is that despite his perfect image, Yul is actually a struggling father devoid of even the most basic of parenting skills. Nam Da-jung (Im Yoona) is a journalist who resorts to writing for a trashy tabloid to support her ailing father, but when she chases Prime Minister Kwon for a lucrative exposé, she ends up scooping a whole lot more than she bargained for and the two end up in a contract marriage. (thank you Wikipedia)

That’s your basic plot line of this romantic comedy.  Many dramas call themselves romantic comedies and don’t have enough comedy.  This one has plenty, but they are careful with its use and use it to great effect to lighten up otherwise overly serious characters. 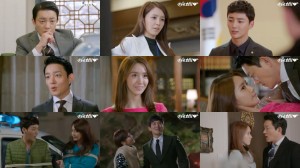 The character of Kwon Yul is that of a stuffed shirt.  He’s autocratic, stiff,  runs his home more in a military fashion then with warmth.  You can tell he loves his kids but he has no idea how to give them the warmth that they would get from their mother, who has passed away.  He’s trying hard to be straight in the crooked world of politics and has at his side a rabidly loyal aid, played by Chae Jung-An,  who he’s known most of his life.  He’s a character that you could easily dislike at first.  In fact, you probably won’t like him until the first comedy bit happens.  This is where the comedy is used to such great effect.  All the comedy happens as imagination vignettes.  One character is thinking “oh what could happen if I do this….”   And its crazy fun.   Beom-Soo really gets to play both sides of the coin for this character because he has these moments to make the character fun so you can like him.  Without these moments, you wouldn’t watch a Lead character that is so pedantic.

Yoona gets to play our sweet but tough Da-Jung.  She’s a bit of a clutz, goofy and sincere, but she doesn’t back down.  I often have a hard time liking the female lead character in dramas for the first couple of episodes because the trend is to show a girl for whom life just isn’t working and she’s annoying.   It often takes a couple of episodes to let her calm down and just tell the story and THEN she’s good.   You don’t get that too much with Da-Jung.  She is not annoying, you love her quickly and since we start the drama with her starting her story, you’re already in her corner.   I fell in love with Yoona’s spunk when she did Love Rain, so I was happy to see her again and knew I would enjoy watching her.   Da- Jung is a brave character who just wants to make her father happy who is dying of Alzheimers and a tumor.

Yoon Si-Yoon plays our second male lead Kang In-Ho.  He’s Yul’s Chief of Staff who has a huge crush on Da-Jung.   He falls for her first and if it wasn’t for the bizarre circumstances of the plot,  the audience knows they would have ended up together.  It adds a bittersweet touch to his already sad character story.   His brother lies in a vegetable state and we learn early that In-Ho is intent on getting revenge on the person who made his brother that way.   It was nice to see Si-Yoon play a second lead character.   He’s such a great actor that he claimed lead roles very early.   Most of us know him from Baker King and then fell for his endearing character Enrique in Flower boy next door.  He has been the lead in a couple other dramas and so he’s used to holding his own.  This fares him well in this drama because Beom-Soo is so commanding of the screen as Yul that only strong actors can stand next to him and still shine.

Chae Jung-An and Ryu Jin play the loyal aid Seo Hye-Joo and Yul’s brother in law and fellow ministry official Park Joon-Ki.    Hye-Joo is has known both Yul and Joon-Ki since they were kids and has been in love with Yul since then.  She has stayed by his side through all the ups and downs and is frustrated that she can’t take her place at his side.  Joon-Ki on the other hand hates Yul, who he blames for his sister’s death. He is also jealous of him because he’s been in love with Hye-Joo since they were kids and she turned him down flat in her preference for Yul.   He works to undermine  Yul’s position as Prime Minister any way that he can.

I really liked this drama.  It had a great blend of story and comedy in the right places.  It did not go in the direction I was expecting and I’m so glad for that because I didn’t want to see good characters get destroyed.   The ending is well thought out and sweet.    Some other reviewers felt like it was rushed but I thought it was appropriate.   I was surprised how often I saw commentators upset by the difference in the ages of our two leads, about 15 years difference, but I thought it worked well once the story got going.   That never bothered me.  I also didn’t realize that I was already acquainted with Beom-Soo as an actor.  I had thought this was my first exposure to him until I found out I had already watched him in Dr. Jin.  Did not recognize him at all.   I’ve gone back to re-watch Dr. Jin just to watch Beom-Soo.

Over all, this is a really good drama with a serious story line interspersed with light moments to keep the story fun and engaging.