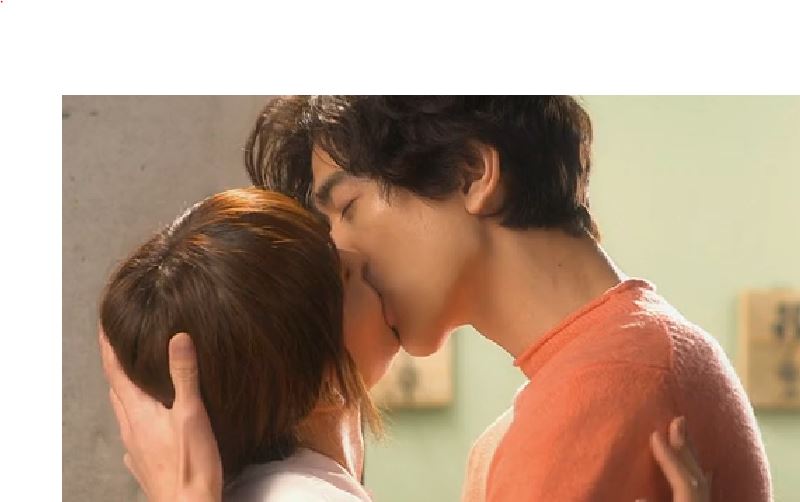 The third installment of the I Need Romance series ended this week.  I will be sad to see this particular storyline go.   I’m a sucker for narration.  I love to hear what people are thinking.   This is part of why I love reading so much.  Screenwriter  Jung Hyun Jung has really outdone themselves with this one.  The I Need Romance series have always been popular for their higher level of intimacy and relationship development.   While still really clean by American standards, for those Kdrama viewers who want real kiss scenes with some heat, this series delivers.

The story line follows a group of people in their 20’s and 30’s who work for a home shopping channel.   In the midst of trying to be successful at their jobs they cope with falling in and out of love,  betrayals and unexpected surprises. 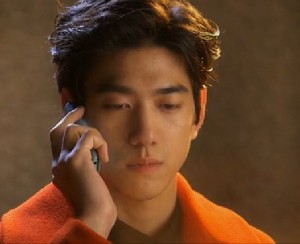 Joo Wan , played by Sung Joon,  is a music producer who has been in love with the daughter of his nanny his whole life. Do to his mother moving to the States, he lost contact with Shin Joo Yun, nicknamed “Shing Shing” and has returned 17 years later for professional and personal reasons.   When he left, Shing Shing was warm, kind and his whole world.  On his return, he is less than pleased with the emotional state of the girl he’s never forgotten. 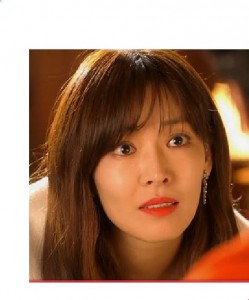 Shin Joo Yun, played by Kim So Yun,  is a  merchadise director for a home shopping channel.  She’s tough, focused, very good at her job and trusts absolutely nobody.   She was six years old when Wan came into her life and she was forced to help her mother take care of him.  She nicked named him “Sweet Potato” because she thought he was an ugly baby.   When our story starts, she is expecting her current boyfriend to propose to her and his way of “checking her feelings” leaves her cold and rejected.

When our Hero and Heroine meet for the first time,  she doesn’t recognize Wan for who he is.  He’s going by the American name of Allen Joo and while she finds him cute, he is confused and disturbed by her cold personality toward others.  He immediately starts his campaign to re-enter her life and she falls for him, however, he hasn’t yet told her who he really is.   When she finally finds out who he is… then the hard work begins.

3 other couples round out our cast.    We have the couple who is just starting out, the friends with benefits couple and the “I regret breaking up with you” couple.   To say that life doesn’t go as planned for any of our four couples is putting it mildly.

Noona romances are always fun to see for me.   Not because I have any particular cougar tendencies but because Korea is very structured in their personal relationships.  They have strong standards for manners between age groups, social classes,  and work relationships.   So to see the occasional series that challenges the status quo  is always fun.  Reading commentaries by local readers tend to be funny when certain situations outside the norm are presented.   The twenty year age gap between our main couple in The Prime Minister and I was another one where people may have felt uncomfortable.   I tend to forget ages when I’m watching these things.   The characters are usually such a good fit that I forget to care that there is something slightly taboo about the situation.

Being fantasy,  the writer tries to give us as many happy endings as she can and there was a realism to the 4 outcomes.  Not everybody lived happily ever after but those that did, it made sense for.  Those who did not, it also wasn’t farfetched why it didn’t work out.

Each episode explored a different dating idea.  The pros and cons of dating within that idea.   I thought this was imaginative and creative.  Without feeling campy, each idea was represented well in the natural lives of our characters.   As a single woman whose been divorced for ten years,  I really connected with the commentary that followed the actors.  The lessons learned, the thoughts remembered.  Loving someone  is not easy, sometimes brutal, but so worth the effort to figure out.

This was a really good romantic drama.  I think you will enjoy watching it.

I will leave you with my favorite quote from the whole thing. 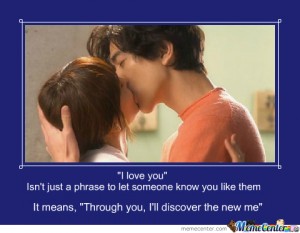